Bystanders were alarmed to see a dog getting dragged from behind a moving truck.

The Sheriff Office of Hernando County responded after many 911 calls were made reporting a white pit bull that was getting dragged behind a truck on Spring Hill, Florida’s Northcliffe Boulevard. An onlooker described what the truck looked like to the police and told them that the dog was attached to the bumper with a rope that was attached to the dog’s collar.

The poor pup was able to free himself from the collar finally and was thrown into the median. Jayson Hibbard immediately went over to rescue the dog. He was brought to the Nature Coast Animal Wellness and Surgical Center to be tended to. 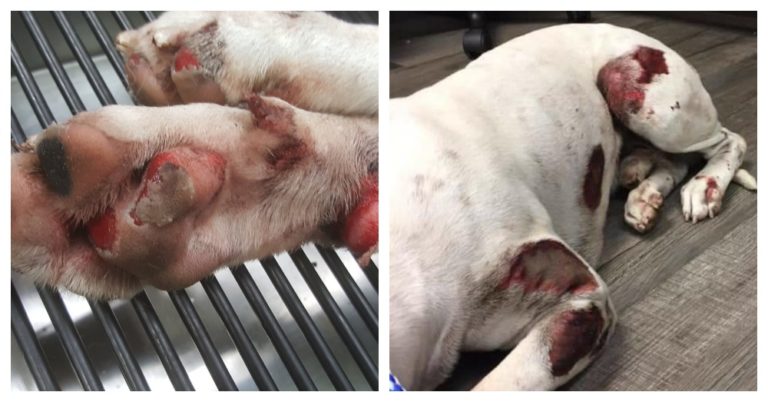 The injured pup entered the clinic with his tail wagging. The pup had open wounds all over his body and bloody paws from getting dragged on the road. Even after all the pain and suffering, he remained a happy and positive dog. The staff immediately fell in love and gave him the name “Ollie.”

Thankfully, he didn’t break any bones, and he needs the time to heal his paws and skin from the horrible road rash. The center posted that what happened to Ollie was a horrendous and cruel act of humanity. They also went on to say their thanks to the community and everyone for helping Ollie and finding justice for him. He is expected to recover fully. 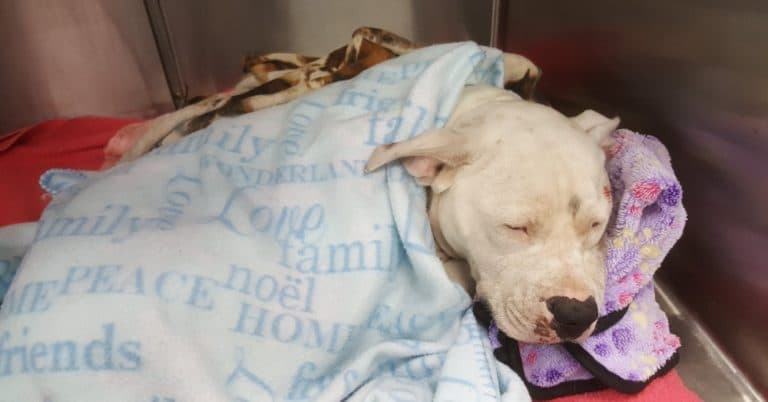 Gregory Tousignant, the heartless man, has been issued a warrant. It is still unclear on whether or not he intentionally meant to drag him behind his truck. Though witnesses said that Tousignant seemed to be oblivious that the dog had jumped out from the bed of his vehicle. 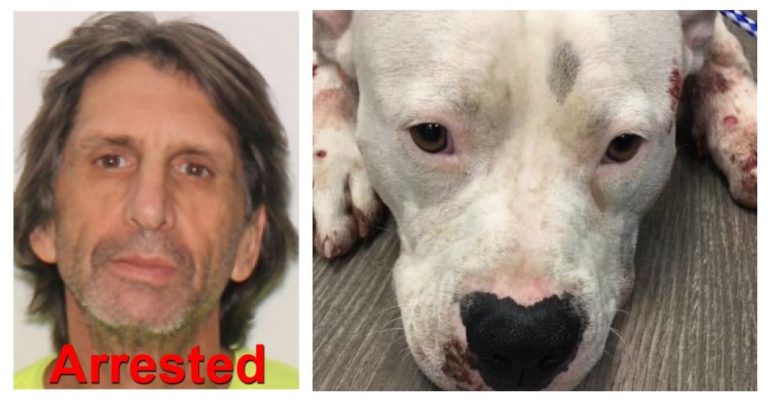 It is illegal to have a pet in the bed of a truck without proper harnesses that prevent the ability to jump out of a vehicle in motion.

Police arrested him and charged him with animal cruelty, which was only a misdemeanor and had a fine of a thousand dollars.