Home Discover Pup Stories Chained Tightly And Padlocked To A Tree, Dog Can’t Even Move An...

It was supposedly one relaxing and peaceful night in September for Kerry Haney.  With nothing to worry about, she could have just rested her legs on the couch and watched the TV.  But then, here comes the multiple calls, dozens of text messages and endless Facebook notifications. 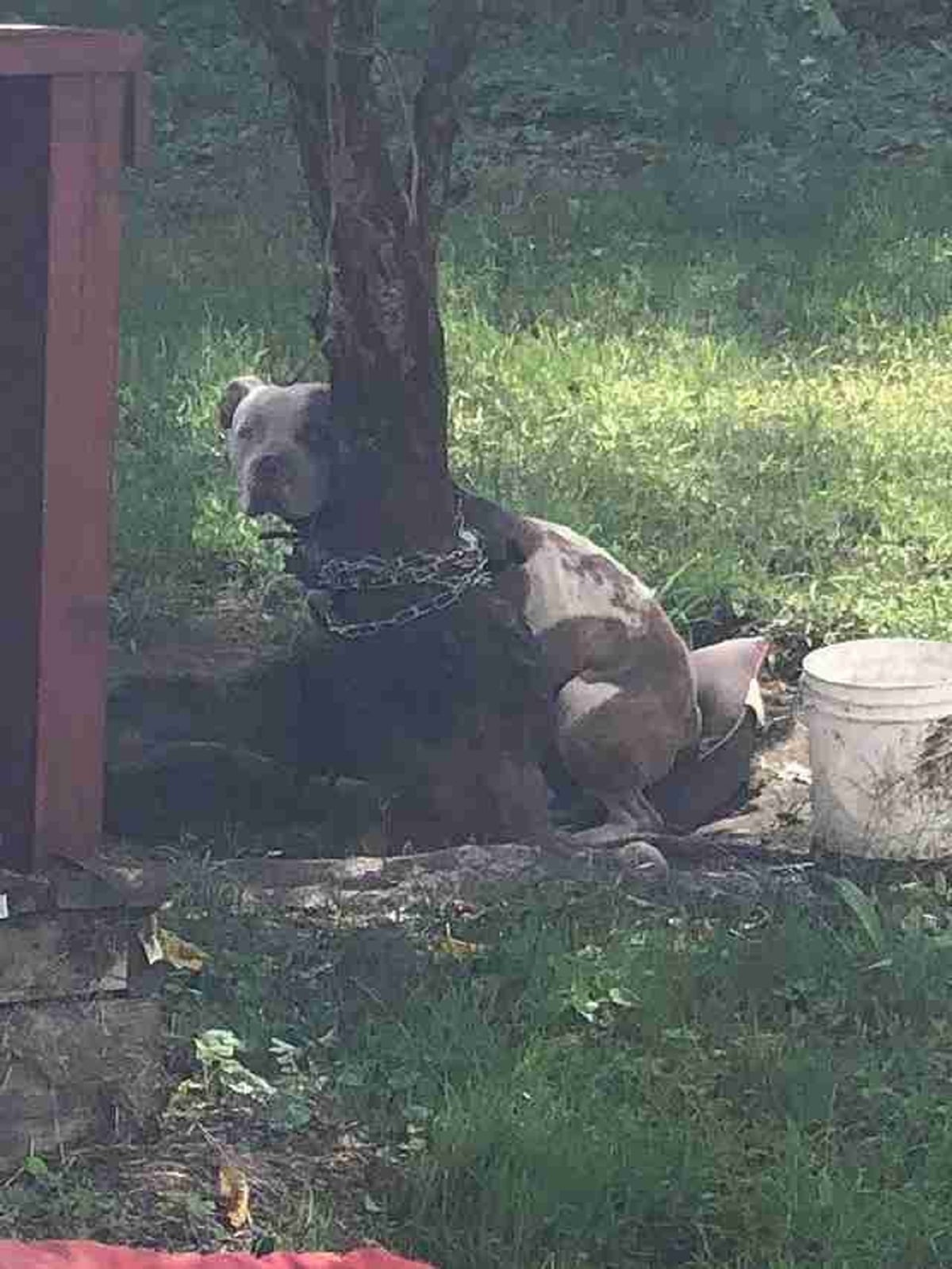 Known as an active and devoted volunteer worker with Don’t Bully Us Rescue and a passionate animal lover, everyone in her community alerted her about a dog’s unbelievable and awful situation.

“I had 6 phone calls, about a dozen texts, and a mass of notification tags regarding a dog that was seen padlocked into a tree within  the districts of Swedesboro, totally emaciated” said Haney.

The dog’s head was clamped with a padlock and it was just too impossible for him to move even an inch.  He had no food or water and was sitting on his own urine and feces.

Still in pajamas, Haney rushed to the location that was provided with the hopes that she could speak to the family and offer some help.  But she didn’t find a dog outside the house.

Haney called Woolwich Township Police Department to let them know of the alleged situation but she learned that the department was already aware and was in the course of ensuring the dog’s safety.

Though it took couple of days, the dog, which was a pit bull and later known as Max, was at last freed from the dreadful situation and was taken to the Gloucester County Animal Shelter.

Max stayed under the shelter’s care until October 6th when the court adjourned finding his previous owner guilty, implementing a fine and surrendering Max into the shelter, officially.

Gloucester County Animal Shelter initially expressed their intent of keeping Max, however, the dog was found positive of heartworm and did not pass a few of the primary behavioral tests so they decided to seek help from Don’t Bully Us Rescue – and by all means, the team happily agreed. 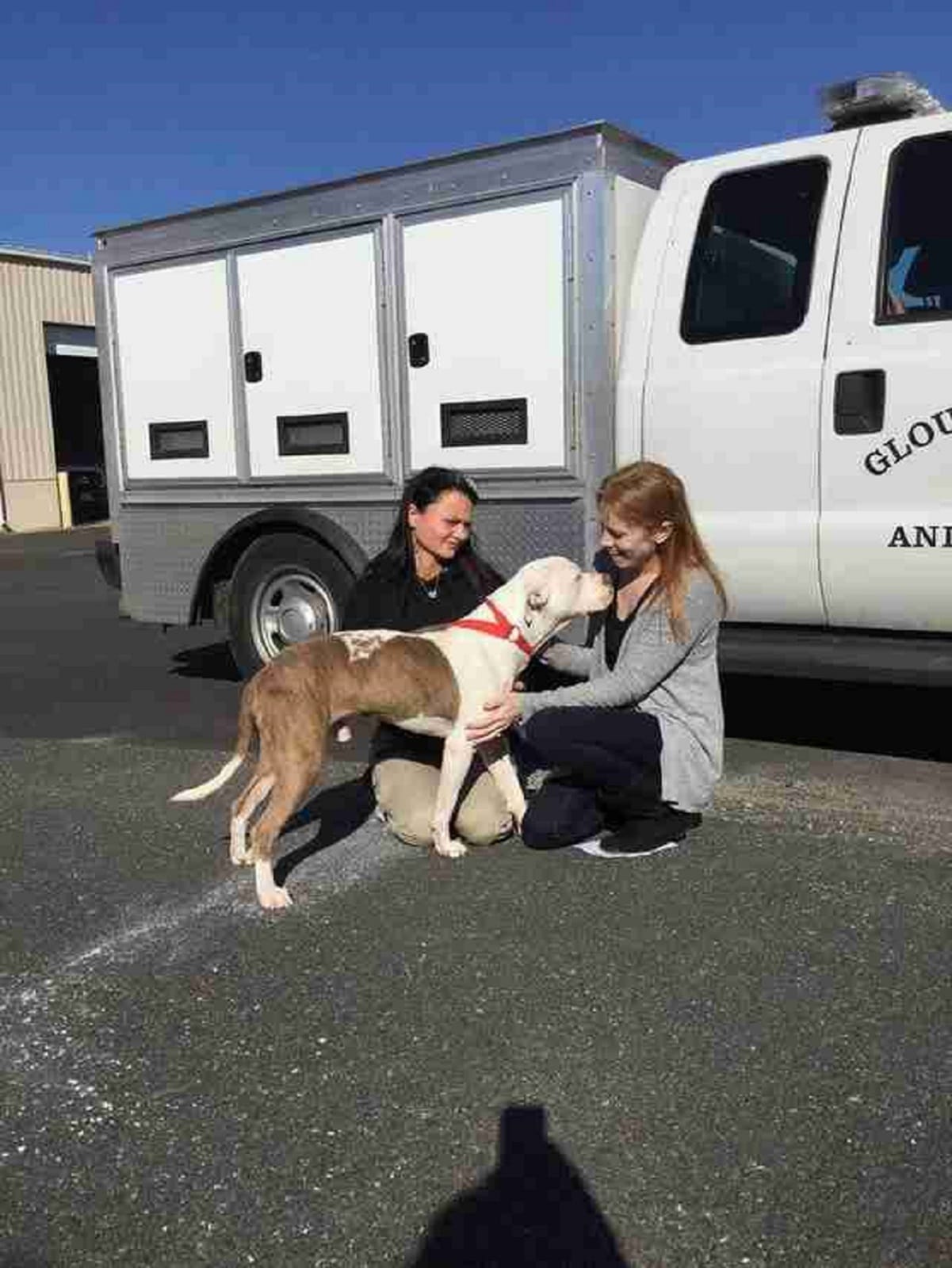 Haney took Max in and was excited to be his foster mom.  Contrary to what the shelter thinks of Max, Haney learned just how sweet and wonderful the guy is.

“Max is just a little puppy in a big dog’s body and obviously, he still has the playfulness  and energy of a 16–week–old pup!  He has no manners yet but we are working on it.”